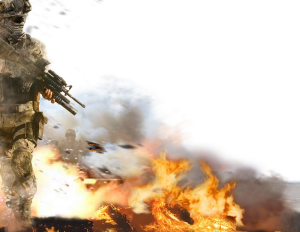 Associated to a Cause, Community Management is a useful Weapon of Massive Awareness. It acts as a strategic ally in building, consolidating awareness around the foundations, values or the overall image of the Movement. Dynamic Community Management is a powerful catalyst and accelerator for the development of new objectives, events or achievements and can be the basis of the Movement’s success in the real world. WANTED’s September 10’s Port Louis successful Protest March is the perfect example! Fighting the basics of the cause becomes, then, futile!

Consequently, Community Managers turn into perfect targets for critics who have no alternative than to fight the men rather than the cause itself. They who make the movement successful become totally part thereof and are usually seen as the movement’s Achilles’ heels. Various coordinated attacks from political groups especially aimed at Jameel Peerally and family, along with WANTED’s admins and moderators, must be seen as acts to destabilise the group’s integrity, both before and after the successful September 10 march. Similar repeated assaults can win over a Community Manager’s psyche and turn flamers’ posts into a virtual bloodbath. Such situations, then, become symbols of won or lost battles. On the long run this can ruin the Movement’s core values.

The Community Manager has no guns except internal rules, regulations and Netiquette, as opposed to flamers and trolls who do not know anything about ethics. He  has to be diplomatic, self contained, focused but firm in reaction. The only immediate terminal actions a CM has underhand, are post deletion and/ or user temporary/ permanent ban. And more drastically, he can use his powers to close and open wall to public posting at will, when he judges it right to do so. These are his only shorthand prerogatives. In any case, the Community Manager will have his reputation gnawed into.

His last resort will be lawsuits, where Flamers and Trolls can eventually be qualified as Cybercriminals when they come to post comments where harassment an libeling can be revealed, along with or without threats and insults said within. Mauritian Cyberlaws are very clear and fully applicable for posts on Facebook.

LEGAL ACCOUNTABILITY OF A COMMUNITY MANAGER

Using a Facebook group page as a free speech spot can be an enchanting experience, but first of all, it should be regarded as a private space that can be open to the public, upon its admins’ decision only. It is legally owned by its creator who is deemed to make good and legal use of it. Community Managers, including admins and moderators as well as the owner/ creator can be made fully accountable for any obnoxious call coming from the group’s wall. One 18-year-old was detained in London for allegedly encouraging violence on Facebook, during London August 2011 riots. Likewise, Mauritian Laws can also be applicable upon the simplest documented report made to the nearest Police Station.

This is why a Community Manager has the obligation of banning anybody posting racist, discriminating, sexually offending, libeling comments, etc., on a wall.

Community Management for a cause is about federating groups and networks, analyzing their behaviors and extracting valuable social data that may be useful for the advancement of an ideology, an event or a movement. But such highly rewarding job comes with heavy responsibilities. Understanding the pros and cons will help at assessing the job load carried 24/7 by the 30 admins and modos of WANTED’s Facebook page.