Generally I would consider Mauritius Presidency as being a useless, irrelevant function, as a political reward for some good and faithful political agent or prominent party exec.

END_OF_DOCUMENT_TOKEN_TO_BE_REPLACED

Paul Bérenger says he will temporarily leave the scene. First time in more than 40 years.

During his extraordinary private press Conference, today 23rd of January 2013, Mauritian Opposition Leader Paul Bérenger, 68, publicly admitted that he has been diagnosed with an early stage throat cancer. Referring to Presidents Ronald Reagan and Zimbabwean N’Komo, he tried to minimize, the impact of the announcement.

The news however, came to the nation as a shock at around 11:15, and many messages of sympathy flooded the local social networks and from politicians from all sides.

Born in 1945, Paul Raymond Bérenger is an historic founding leader of the MMM with Dev Veerasawmy and the Jeerubarkhan brothers, in 1969. He never left this position ever since. He has been the only Non-Hindu Prime Minister of Mauritius from 2003 to 2005 and in 2007, Deputy Prime Minister between 1995 and 1997 and again from 2000 to 2003. He also held other ministerial positions in 1982 and in 1991. The rest of the time he stood mostly as Leader of the Opposition.

Under his uncontested leadership, the MMM (Mouvement Militant Mauricien), was on the forefront of major  social struggles that transformed the Mauritian Nation. Paul Bérenger is known to have led determining strikes in the port during the 70s and the massive 1975 Student strike.

The MMM which was a huge political alternative for Mauritius, has always received more than 40% of direct votes but could never hold power due to wobbly coalitions. What was felt as a new hope towards non-communal  politics and government, unfortunately became thinner by the years, especially with ideological divergence and departure of some key thinkers and influencers.

Bérenger’s 3-month-at-least medical retreat comes at a very inappropriate moment. With parliament reconvening on the 26th of March 2013 and a heavy load of Private Notice Questions around recent Gooljaury/Soornack scam and its ramifications. Public and insiders’ general opinion is that substitute Alan Gannoo might not be up to the job and that the Opposition is at its lowest.

The absence of Paul Raymond Bérenger from the Mauritian political scene will be indisputably felt and some intestine wars within the MMM should not be scraped out.

See also Social Media through the Islanders’ Prism on Scoop.it 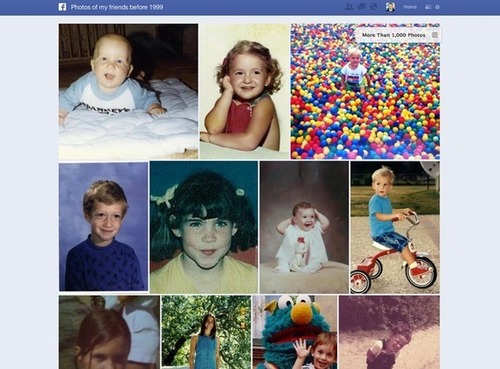 No later than October last, while discussing in a forum of what we thought was to be that next big move into search from Facebook. Mark Zuckerberg made it clear anyway back in June 2012, that FB’s intention was not to challenge Google frontally, but to develop Social Search… He kept his word, and from we can deduct from the first looks of Graph Search is that they just may be right on it.

So here we are… waiting to discover Graph Search, with much expectancies in terms of Social Media Marketing and Management.

As we predicted 2013 is gonna see the big Social Media shift… And Facebook will only be one of the most, if not the most prominent instigator of all this.

He made it! Zuckerberg made it. He got Facebook more than three times what they were initially looking for, only last year. With 421 million shares sold at 38 USD, Facebook becomes the third biggest IPO on US soil and 5th worldwide of all time, with 16 Billion USD.

END_OF_DOCUMENT_TOKEN_TO_BE_REPLACED

Steeve Jobs dies at the age of 56, at the top of a corporation that changed the world for ever. What A life!

May he inspire us, here, in our forth-coming long and harsh battles to be fought… Let he be the beacon in our conquest of our new homeland.